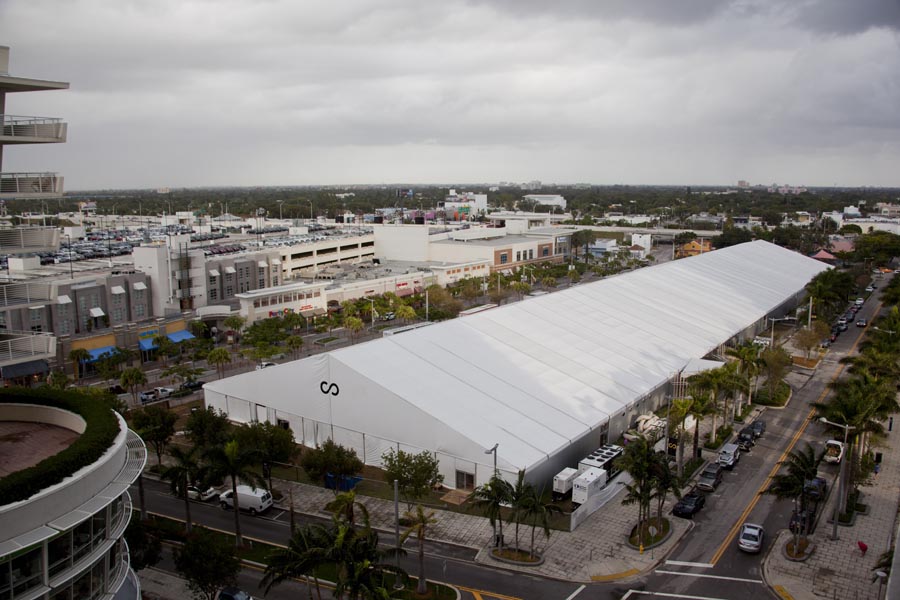 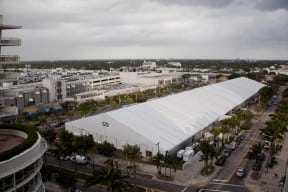 Art Basel and the multitudinous spin-off art fairs are all set to open next week here in Miami. The whole city feels like it is on deadline. Up here in Midtown where Studio Two has based itself, 10 (ten!) huge tents have been erected in the last month to host the many satellite fairs – artmiami, scope, context, red-dot, etc. It has been stupendous to watch these massive temporary structures go up for essentially a 5 day run.

This is the superbowl of art and in an interesting way, despite the gloomy view of the entire art world by some, I’m reveling in the parallels. Think about it. Do you really care about football? Maybe yes, likely no – but has the NFL managed to infiltrate your brain to such a degree that despite having zero interest in the sport you maintain an underlying awareness of the event itself and potentially even who the teams are or some other salient detail? Imagine – they took an obscure game played by college boys and transformed it into an industrial mega-brand with influence far and wide. Why? Because there was money to be made. 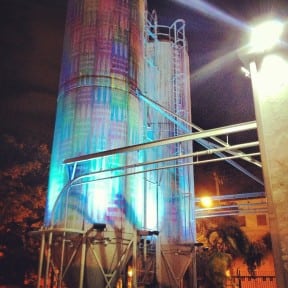 I like art – I like the idea that people have the right and the desire to create something from nothing, to imagine what isn’t and make it. I’ve been an artist at times in my life and enjoyed the mysterious flow of creativity in the middle of a project that might or might not resolve itself into something interesting, different and beautiful. I agree that sometimes the modern art machine turns out negligible or questionable product defined as art mostly because it is a: expensive to make, b: difficult to move, and c: someone likely got hurt in the process. Nevertheless, to carry my football metaphor a bit too far, much like when one watches a game of football only to see an extraordinary play – some kind of feat of physical prowess and magic that transcends the game and speaks to the human condition in all of us – there are discoveries to be made in the art world. Last night we went to the BakeHouse ArtComplex here in Miami where professional artists have studios in residence. It was an open-house and we went from one studio two another and made wonderful discoveries along the way, particularly the outstanding work of Marcia Ramos-Perelló with whom we had a lovely conversation about how her work connects her to stages in her life and in the moment how she has been connecting to her mother’s hand-labor making clothes. You could see the intense dedication, focus and emotion in both the artist and the work. This is why art matters.

The work of Marcia Ramos-Perelló

To be in Miami right now and to be even 2 or 3 degrees of separation from the art world means that much like the superbowl, you just “know” that Art Basel is happening. Much like that over-hyped ball game, the best way to enjoy it is do dive in and take part. Yes, they’ve made a major industry out of what is really a personal and private matter – art – and in the course a world economy in jobs, money, media and all the ancillary spin-offs of the creation of a major market where one didn’t previously exist at this scale occurs. Like it or hate it, you cannot but be amazed that art has created this kind of gigantic happening and if it means the transfer of wealth between hedge-fund managers and artists, gallerist, critics and others, I’m not sure that’s a bad thing. What do you think?